This is a pest that destroys stored maize, dried cassava, yams, sorghum and wheat. The adults and larvae feed internally on stored maize grains or in the field. 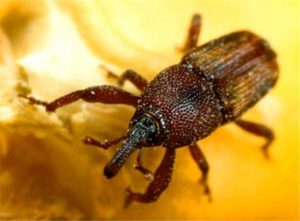 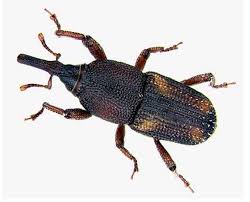 How to differentiate a maize weevil from other pests

Biological control measures: These include some parasitoids, fungus and bacterium.

How to control infestation during storage

During storage it is important to store the produce in low oxygen and carbon dioxide enriched atmospheres.

Fumigation with phosphine or methyl bromide is effective in large scale stores. Pesticides are poisonous so it’s important to follow the instructions on the labels.