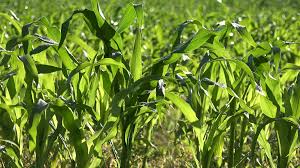 In order to maintain high soil fertility, it is important to add manure or compost to the fields and fertilizer. This will ensure the plants grow strong in healthy soils and compensate for any Fall Armyworm crop damage.

There are certain birds and insects that eat Fall Armyworm caterpillars. Thus, it is important to grow trees, hedgerows, and other crops so as to increase predators/natural enemies that can reduce the impact of Fall Armyworm on the crops.

It is important to practice weeding and removing infested crop residues from the farm.

The garden should be prepared 1-2months before the onset of rains.

Deep plough your garden before planting to expose any Fall army worm pupae to the soil surface. In this way, they will be killed due to sun exposure and by other organisms.

Monitoring – is the deliberate effort of checking for the presence of fall army worm on maize crops growing in your farm/garden. It is important to monitor the maize crops frequently after germination for presence of the pest or signs/symptoms of damage.

Early detection of the pest allows quick and timely response that helps reduce damage to the crops and overall loss.

It is crucial to note that the fall army worm caterpillar attacks all stages of maize growth; seedlings, vegetative, tasseling and grain filling stages.

Monitoring should mainly be done early in the morning or late in the evening when the caterpillars are most active.

Use of pheromone traps